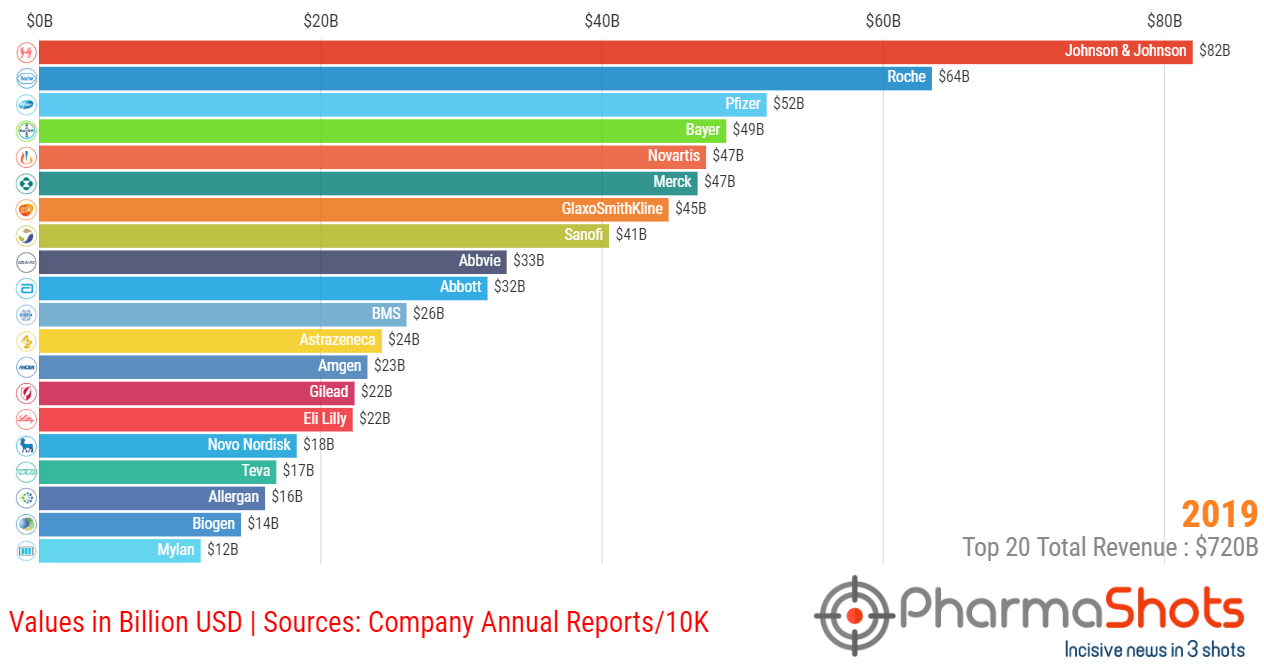 by admin
in Dashboard
Comments

In the last 20 years the global Biopharma space changed a lot with so many ups and downs for companies and their growth. We analysed and found multiple acquisitions and mergers along with the launch of several blockbusters lead to jump in the growth and revenues of numerous companies. Pfizer acquired Warner-Lambert in 2000 to gain rights of Lipitor, which generated around 25% of Pfizer’s total revenue. In 2001, Bayer reported massive decline in its revenue and its shares decreased, following the global withdrawal of its cholesterol-lowering drug Lipobay causing side effects of muscle weakness in patients. In 2002, merger of Pfizer and Pharmacia resulted in growth of 40% in pharma and 43% in animal health. Johnson & Johnson secured the topmost position after 2019 revenues data while Mylan struggled at $12B. Due to so many happenings in the last 20 years, it becomes a lengthy report of numerous facts and figures. To shorten this process and to make it easy to understand, we have found an interactive way of putting all the data in a Bar chart